How to Root Your Android Device? 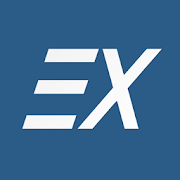 Franco kernel is one of the best performing and stable custom kernel for Android devices, it will boost up your smartphone’s performance. It is developed and designed by recognized XDA developer Francisco Franco it is widely famous and adopted kernel due to its high stability and efficiency. This custom kernel can be used in a number of devices. This kernel comes up with various attractive features which make this kernel famous between testers and developers.
Some of its features include: Electrablue is one of the good custom kernels, however, ElementalX and Franco Kernel are a little bit better than this in performance, otherwise, it is one of the popular kernels for android. It provides you better battery life with a stable performance of the smartphone. Some of its features make it most popular which are:

Optimus Drunk is one of the most famous and latest custom kernels, but right now this is available for some of the smartphones like POCOPHONE F1, MOTO G5 PLUS, etc. Soon it will be available for other devices too. This custom kernel comes with numerous updated latest features, which can make your phone smartest one and your device will give its overall performance. Some of its features are:

This kernel is also designed and developed by recognized developers of XDA and this custom kernel is available for a number of devices either latest flagship or any old device it has a bunch of optimization and features.
alter97 kernel offers a lot of features some of them are:

Why Magisk Over SuperSU for Rooting your Android Device? What are CAPTCHAs? How Does it Work?